Bringing the TV Online with an Android Mini-PC 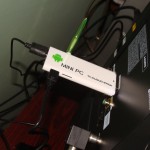 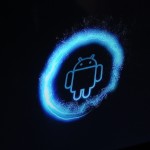 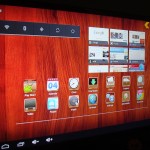 I had this idea for a while to connect the TV with internet and LAN. So that I don’t have to turn on  the computer every time I want to stream something. Also it will remove the need to connect wires between computers and TV when I want to watch something on a larger screen.

A smart TV with all those capabilities are off my budget. And it’s not worth spending that much on such a project since we watch TV less than two hours a day. Therefore I was on the market looking for smaller devices that could plug-in to a HDMI port and stream media.

Chrome-cast and similar devices seems nice, but they have one major problem. It rely on some cloud services, phone or another computer to work. Also when stream content from local network, the media server (crome) has to render the content and stream the rendered video to device. That needs a very fast LAN. I was looking for something that can do its own rendering. So that there will be less load on network. It also had to power from TVs own USB port and connect to network via WiFi. And  it should play 1080p  HD Video with good quality.

After some searching, I purchased this gadget on ebay. With 1.6 Ghz, Cortex-A9 Dual Core CPU, and 1Gb RAM, it has a good spec. It has 4Gb internal memory 1 USB Port for input devices, 1 micro USB OTG port, 1 micro USB port for power, MicroSD Card Slot and 1 HDMI out.

Installing was fairly simple. You plug the device in to your TVs HDMI port. Then you plug the power supply cable of the device to a USB charger. If your TV has a USB port you can use that for power.

Only configuration I had to do was entering WiFi password. Since I am not planing to store anything in the device other than apps. I decided not to install a memory card.

It comes with a fairly limited set of apps. Those apps are not good enough for the purpose that device is built for.  Therefore you will need to install the apps you need.

I installed ES File Explorer which is quite good for browsing windows network shares.

I had to go through some trouble to find a good media player. Mostly because I was not much of an Android user. And there is not yet a good full free HD video player for Android with hardware decoding capabilities. I tried VLC but results were not satisfactory. It was using software decoding with not so good results. After some searching I ended up installing free version of MX Player. It can play almost any HD video using hardware decoding with excellent quality.

XMBC for Android is another great All-In-One free software. This app has better user interface. But it was little heavy for this device when playing back HD in some cases.

The Good and The Bad

Best thing about this device is, it does pretty much every thing it suppose to do. Stream and Play HD Video. It has enough ports to connect input devices and memory cards. Support most apps out there. Manual says that you can plug an external USB Hard disk, provided that there is enough power supply. I didn’t try that though. It also has enough internal storage so that most users will not need to install a SD Card.  It has a quite a solid build. Provided that your TV has a USB port, you will not need a separate power supply either.

I had some fears that the device might create radio interference to regular TV reception. But it did not. So I do not have to turn it off when watching regular TV.

What I did not like was, it comes with a poor choice of Apps and a not so good-looking wallpaper. As a result device is not able to do it’s best on intended task, out of the box. And the buyer has to try different apps to find what is most effective. And in some cases it might be frustrating.

This is bad for user experience, and a completely unnecessary frustration for the user, as there are free apps out there, that can produce great results with this little device. Makers of this device could have significantly increased user experience, if they did some research on apps best suited for the device and pre-install them.

They also should have placed some videos in the devices internal storage, which can showcase how good the play back capabilities are.  I had to look all over the place to find a video that is good enough to test play back quality.

Overall its a neat little device that could play HD videos with really good quality even over a slow WiFi network. But the creates could have created even a better user experience at no cost at all, if they spend a bit of time to find a good combination of apps and content to pre-install.